Struggle with writing your assignment? Read tons of guides and tips on academic writing from ManagementPaper experienced writers. We surely know how to make a grade and are willing to help! Order Now 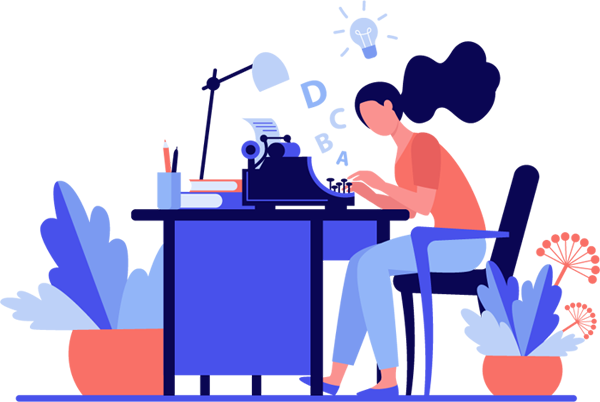 You all must be aware of what essays are and how to write essays. But the essay that you used to write in schools is a lot different than that of the one you get to write in college or higher education. These essays are known as academic essays which involve a lot of analysis and interpretation and extensive research that centers around a particular problem or argument.

Essays are academically rich pieces of writings that focus around a central idea which is generally an argument or a problem. In this essay, you have to identify the problem, interpret the aspects related to it and finally analyse and pen down your point of view. With the team of Management Paper, you will get to know more about the other various types of essays and what the specific features of each of them are.

The Various Types of Essays

There exists multiple types of essays, but broadly we can divide them into four particular categories. They are:

Though there is differentiation among all these kinds of essays, yet at times you have to inculcate characteristics of more than one kind of essays into a single essay. Critical writing can be used in the section of literature review to portray that in the existing study, there exists no literature gap or opportunity. The methodology section will be descriptive to provide details about the methods used, data collected and how they were analysed to chalk out the results. The results parts will make use of both analytical and descriptive writing to report about the collected data. The discussion part is both analytical and persuasive. Analytical as when you link the findings with the research questions and persuasive when the findings’ interpretations are proposed.

Descriptive essays are the simplest form of academic essays where you are just required to define and discuss the research topic. If drawing an argument or problem is possible, we may even do so but have to describe it in detail first. This includes the illustration essays.  In such a kind of essay, you generally have to define, summarise, record, report and identify.

The purpose of descriptive essays is:

If you are planning to write a descriptive essay for your research, you can take a writing help from the brilliant academic service of the Management paper, who ensures quality and time and gives them equal priority.

Persuasive essays, also known as argumentative essays, are an academic piece of writing where reason and logic is used to prove the legitimacy of your perspective. Clear arguments supported by convincing facts and logical reasons must be used. The most important part of this kind of writing is providing compelling and detailed evidence so that you can disapprove of the opposing arguments easily.

Ways to reach your point of view:

The persuasive essay instructions or the things you need to do are: argument, evaluation, discussion and taking a position.

The purpose of the persuasive essay is a two-fold one:

Very few higher level essays are descriptive in nature; and mostly analytical and critical in nature. Analytical essays are similar to that of descriptive essays, but you need to re-organise the information and facts described into relationships, types, parts, groups, and categories. Often you will have to compare two given entities or two concepts from the same entity and draw an in-depth analysis. The instructions for analytical essays include examine, relate, compare, contrast and analyse.

An analytical essay is not a summary. Do not summarise the facts you have collected. Rather identify and analyse the problem to find out further gaps in that domain by collecting both primary and secondary data from the various previous conducted researchers and existing literature.

A critical essay consists of the various features of a persuasive essay, with at least one point of view stated. While you have to state your own point of view in persuasive essays, but in critical essays, you are required to state at least two, including your own. Suppose you may explain the interpretation of a writer on a particular topic, analyse the merits or demerits of the topic and based on the demerits, draw another interpretation of the topic. The instructions of critical writing generally includes: evaluate, disagree, debate and critique. The things you need to do in such an essay are:

Other Types of Essays

There are several other types of essays but even they can be grouped under the above four categories:

The type of essay entirely depends on your research topic and how you are going to take an approach to it. With an efficient academic writing service such as that of the Management Paper can be very helpful in making you decide which type to choose from and what to include in your research.

Just share your ruquirements and get customized solutions on time